With every scheduled Free Fire updates, players gear up for a new features, cosmetics and other balance changes that keep the game fresh and bug, lag free. 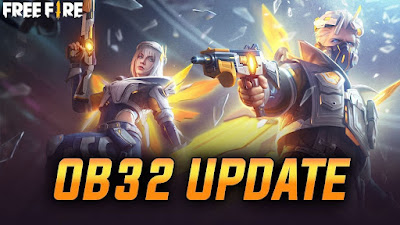 Once every few months, Garena releases a new iteration mode, the most recent of which was the OB31 version. After a few months, fans are now gearing up (waiting) for the launch of the upcoming Free Fire OB32 update.

The launch of the OB32 Advance Server indicates that the full launch for OB32 isn't too far away. This is also an latest and op update you may love it because it's brings with lag, bug free update or January Update.

Note: Players should remember that an official release date has not been announced till yet, and the one mentioned above is just an assumption. The exact details will be disclosed by the developers soon and update soon. Free Fire: Estimated release date, time and other details of OB32 update (for Indian region)

It is expected that the Free Fire OB32 version will be Release on January 19 or January 20. On your Device it's just Assumption so don't be so accurate here Pagal M10, Badge 99 is also an op player.

Gold Royale will conclude on the same date as the Clash Squad season ends and new one begion. As a result, users will also be greeted by a new Gold Royale following the update and premium Outfit and rewards. 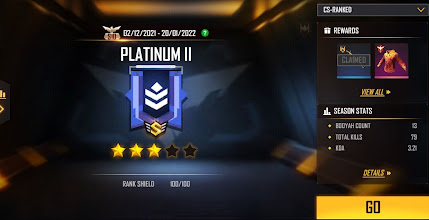 The patch will be made available for download during the same break on the Google Play Store and Apple App Store some can get early and some can get late so don't worry. The process is generally done in a few hours into the maintenance period, which is between 10:30 am IST - 12:30 am IST (GMT +5:30).

As mentioned previously, the Advance Server for the update has already been opened to players, and users will now be able to check out a few of the upcoming features that the developers will be adding to the game in the OB32 version. 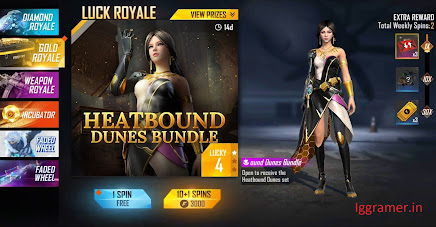 It will run for a week until January 13, and interested users will need an Activation Code to get access into it. Free Fire OB32 update probable release date, time and more for Indian region.

Free Fire updates have served as a source of fascination for players and fans alike since new features often improve the user experience. These updates are preceded by a separate Advance Server, enabling users to test out new content ahead of its global release. Download Free Fire OB32 Advance Server.

Due to the restricted availability of the slot on this special client, players flock to the website to register and obtain the Activation Code. This code is essential because gamers won't be eligible to access the Advance Server without it.

Players must follow the steps given below to download and install the Free Fire OB32 Advance Server:

Step 1: Users should access the Free Fire Advance Server website on a web browser. They may utilize this link Given below.

Step 2: Next, players have the option to sign up for it. The two available options are Google and Facebook.

Step 3: Users can then click the Download APK button to get the APK file for the latest version of the Advance Server.

Note: The size of the APK file is 770 MB, so players should ensure that there is sufficient storage space on their device to install the Free Fire OB32 Advance Server

Step 4: Finally, users can install the file. However, they will have to toggle on the 'install from an unknown source' option before going ahead.

Step 5: Once the installation is complete, players can open Advance Server and sign in as a guest. They will have to enter the Activation Code to access the client and enjoy testing the new features.

The OB32 Advance Server timeline was revealed a few days earlier. The exact details are as follows:

If there is an error while installing the file, users will need to redownload the file and follow the same steps again.